+ -
Our Mission and Vision

What is marriage? Why is the government involved in the first place? What purposes does the institution serve? We believe these questions need to be answered before we can have any sort of productive conversation about public policy regarding marriage. Our mission is three-fold:

We want the tone of this site to be informative, not adversarial or confrontational. We hope that our readers treat this site as a contribution to a broader and ongoing conversation, rather than an attempt to foreclose further conversation. 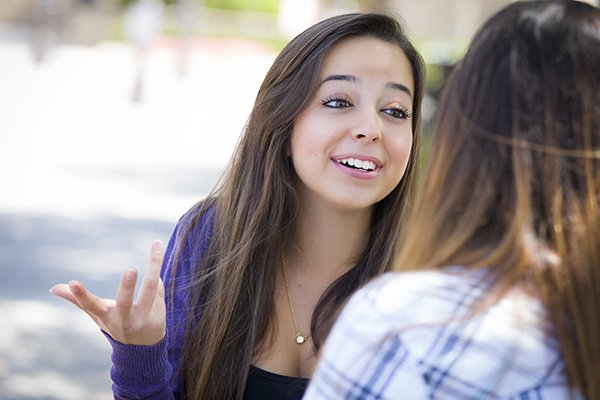 Friends and neighbors should be able to, without fear, speak openly about their beliefs in a respectful way.

We support traditional marriage, and believe that traditional marriage norms should be reflected in civil law. Many in the current public conversation assume that there are no good arguments for our position, and no good reason for thinking as we do. Obviously, we do not think this is true, and for that reason we have built this website. This site is a call for more measured, rational discourse and civil dialogue. We hope to distance ourselves from the whims of the flippant demagogues on both sides who, if only unconsciously, obscure the issues and divide us as a people.

Our goal is simple: we want to compile all of the strongest arguments in favor of traditional marriage, and summarize them for a lay audience. We want our readers to know that there are ways to advocate for traditional marriage norms that are not bigoted or irrational, but are grounded in real concerns, robust belief systems, and persuasive reasoning. We also want our readers to have a better grasp of the reasons people disagree. We want to convince our readers that there is space in the public discourse for people on both sides of the debate. We all ought to to be able to articulate in the public sphere, as civilly as possible, why our respective views makes the most sense to us and afford our fellow citizens the same dignity.

The State of the Conversation

The debate over whether or not to formalize same-sex marriage is new to the past two decades. But the broader conversation about the importance of family norms, and how to support those norms with public policy, has been going on for well over a century. For example, the discussion about whether or not marriage policy ought to discourage divorce — and how it ought to — has been going on for the better part of a century. Through the 1990’s, there were hundreds of research studies conducted to determine what had caused a sharp spike in fatherless families and single parenting, and dozens of proposals were presented for how to address these issues in public policy. No-fault divorce and changing views on marriage (marriage as a vehicle for adult fulfillment rather than a stabilizing institution for families) were bantered about as reasons that family norms had weakened.

But then this conversation was suddenly and without good reason swept under the rug, as political forces began to rally for same-sex marriage. It has since been argued that redefining marriage will have a negligible impact on the marriage norms that stabilize families (such as permanence, fidelity, etc.). The swiftness with which the idea of same-sex marriage has become popular in the U.S. was unanticipated by even the best family scholars, and few scholars prior to this shift had spent a lot of time considering the potential impact of this change to public policy. For a period of time, it appeared to many that there were few viable arguments against same-sex marriage.

A Call for Civility 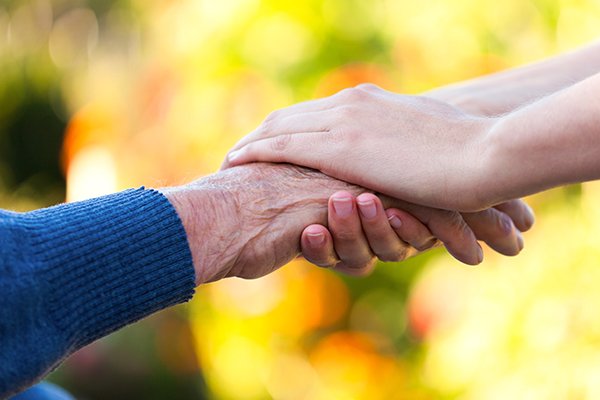 Let’s let kindness, respect, and patience set the tone for conversations about marriage.

Conversations about marriage policy can quickly become heated, and can divide friendships, families, and communities. Because the topic of marriage has become so contentious, it is easy to slide into unyielding, defensive, or combative rhetoric. It is easy to say things designed to inflict hurt on those who disagree. In conversations about marriage, we are often tempted to set aside our best tools for getting at the truth of the matter, and instead pick up those which “prove us right,” or, at our vilest, “do the most damage.” On our worst days, we also try to silence those that we deem the losers of the debate.

First and foremost, let’s be nice to each other. Let’s assume the best of each other. Let’s acknowledge that there are good people on both sides of the debate, and that regardless of a person’s political beliefs, they are people worthy of dignity and respect. We should never let political beliefs overcome or undermine our capacity to reach and out and love our fellow man. The moment political ideological keeps us from seeing the humanity in our acquaintances, friends, and neighbors, is the moment our political ideology — right or wrong — should be set aside and friendships rekindled and renewed.

Let us all exercise a little bit of what some call “epistemic humility.” The truth is, few (if any) reasoned arguments carry the sweeping force of ultimate certainty. The vast majority of arguments rely on the persuasiveness of supporting ideas, which in turn rely on the persuasiveness of contestable assumptions. Ironically, as ubiquitous as this reality about argumentation is, people often think their view on a particular debate is the exception to the rule. Press them with sensible objections, however, and black fades to grey. For this reason, we should avoid the absolutist rhetoric of certainty, and should not dismiss — without taking seriously and demonstrating our willingness to listen — the arguments of those who disagree with us.

How to Use (and Not Use) this Site 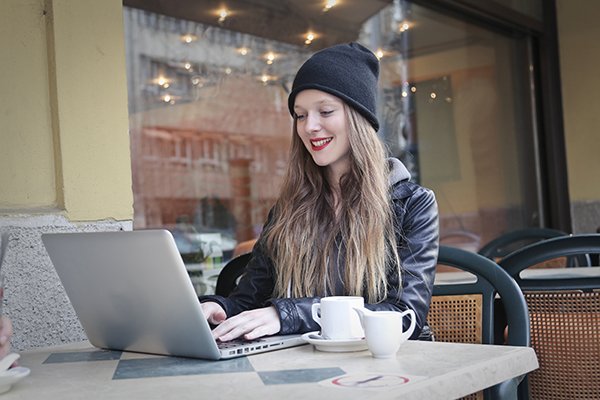 When conversing with friends about marriage, share articles from this site in a respectful way.

First, like us on Facebook! Each time we publish a new article, we will announce it on our Facebook page. You’ll then be able to share each article with your friends as it is published. If your Facebook friends begin to see article after article making the case for traditional marriage in a respectful way, maybe — just maybe — we can start to change the culture of public discourse. Also, feel free to share the YouTube Videos we post as well. We have tried our best to provide a broad variety of ways for people to engage with the material we’ve written — we want people to be exposed to these arguments, whether they read them, listen to them, or watch them on YouTube.

If people respond to an article you’ve shared with an objection, check out the “Questions and Answers” section of the article, or the “Responding to Differing Views” series, and see if we’ve responded to their objection. If we haven’t, send it to us. We would love to hear what people are saying about our site and articles, and we’ll do our best to respond directly to you. And we’ll do our best to update our website accordingly. If we have responded to the objection, feel free to link to the article in your conversation. This will help demonstrate to others that this site contains a growing wealth of resources.

Notice that there are three article series. The purpose of dividing the content of the site into three series is kind of arbitrary — basically, content generally fit into three different categories: articles that advance a claim about why we should support traditional marriage (Arguments), articles that respond to objections to the first series (Objections), and articles that compare and contrast different points of views (Philosophical Debates). The series don’t necessarily denote any sort of reading order — they just indicate which of the above forms the article takes.

When commenting on Facebook, please respect the rules of the forum. Many comments will not be made publicly visible.

This site, and its accompanying Facebook page, Twitter feed, Google Plus page, and other associated social media venues were not created to be a forum for debate or contention. Our mission is narrow — we want to educate and inform others about the arguments for traditional marriage, not contest or combat anyone and everyone who disagrees.

For this reason, we have not enabled comments on the Discussing Marriage website, and comments submitted through the website’s feedback form are read, thoughtfully considered, and used to improve the site — but they are not published. Further, comments submitted on the Discussing Marriage Facebook page are reviewed before being published. Even though not all comments will be published, all of them will be thoughtfully considered as feedback. To be made publicly visible, comments on Facebook:

Even if comments meet all of the above criteria, our moderating team reserves the right to make whatever decisions they feel best advance the three-fold mission of the project (listed in the introduction of this page). To accomplish this mission, we believe it is necessary to create an environment where those who support traditional marriage can feel safe expressing their support by liking, sharing, and commenting on the articles, and to also curtail extended and/or combative exchanges between readers.

We welcome feedback and questions about the content we publish. We want those with questions, comments, concerns, feedback, and even outright disagreement to feel safe expressing their thoughts as well. However, as the Facebook page is not a debate forum, we do not feel obligated to publish any and every comment that floats through our Facebook feed, particularly if they violate any of the above qualifications. Our project is designed to carve out space in the public discourse for those who hold the conjugal view of marriage and wish to explore its implications in public policy.

The main reason we have not shared our names and personal affiliations on this site is because we believe the conversation should be based on the merits of the arguments, rather than by the affiliations or backgrounds of the individuals behind them. We want to separate the arguments from the politically charged context in which the conversation often takes place, as well as the personal attacks that so often accompany these matters.

This website is not a professional endeavor. No contributor to this site was paid or offered any recompense for their time and labor. We are simply private citizens who are tired of the best arguments in favor of traditional marriage escaping notice in public conversation, and who believe that the public conversation on these matters has become unnecessarily toxic. We have no affiliations or connections with any existing think tank, institution, or organization.

Who funds or sponsors this site?

This site has no funding and no sponsors of any kind. It is the personal project of a very small group of individuals. We have various professions and academic pursuits but are united in a vision to bring reason and civility to the marriage discussion. This site is, essentially, a very fancy, customized blog — and has required virtually no funds to create or operate.