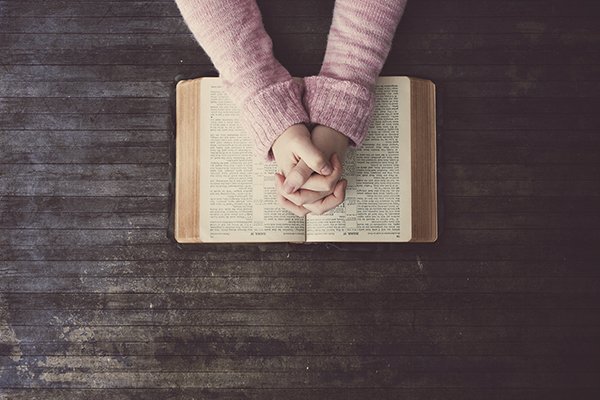 There are two popular but incompatible philosophical approaches to understanding human identity and behavior:

One tradition, expressive individualism, holds that society should create space for and celebrate the free expression of an individual's natural desires and inclinations.

Another tradition, Christian discipleship, holds that the natural inclinations of the self should at times be forsaken in service of a divine purpose, and that social and moral tradition can appropriately encourage such values.

These two traditions are often unnamed and unarticulated, and can account for some of the confusion that results when religious believers debate with their secular counterparts on matters surrounding same-sex marriage.

Two competing belief systems that often inform the marriage debate are expressive individualism and Christian discipleship. In order to fully understand the perspectives of those involved in the marriage debate, we need to recognize the differences between their underlying views of human identity and behavior.

Expressive individualism is the belief that an individual’s highest loyalty should be to himself or herself. True happiness, from this perspective, is obtained by expression and realization of one’s core identity, which includes a person’s deepest desires, thoughts and beliefs. To expressive individualists, social and moral tradition should only discourage behaviors that result in demonstrable harm to others, or behaviors that hamper another person’s ability to freely express their personal identity.

Individualists strive for authenticity in their lives, and often believe that societal norms should facilitate personal authenticity by celebrating the unique desires of the self. From this perspective, many social ills result from the fact that individuals are compelled to hide or suppress their harmless natural desires for fear of judgment or social recrimination. These ills include depression, self-disparagement, and suicide.

[I]f my goals differ from those others strive for and I am more in tune than anyone else about my goals, I am the best positioned to understand the values that will get me there. Moreover, since my goals are unique, I should expect that my values also will be unique to me. From here, it is a short step to the conclusion that I am in a better position to judge how well I conform to my values than anyone else.

In other words, if I am the center of my reality and know that reality better than anyone else, a corollary belief is that others have no right to criticize how I live. … If individualism is correct, it becomes irresponsible for me to allow others to impose their moral beliefs and standards on me … Thus, individualism dictates that I become the authoritative source of what is right and wrong for me.1

The greatest good of expressive individualism is self-actualization, where one is able to fully express and act on his or her desires and highest aspirations, whatever they may be. The assumption grounding this belief is that your desires and inclinations are built into you as a person, and constitute your personal identity. For social norms and moral traditions to tell you that your aspirations or desires ought not be pursued is to tell you that you should not be yourself.

In sharp contrast to individualist philosophy, Christian theology teaches that good actions are those which are oriented toward God, and not toward the self. The greatest good that can be found is not in fully expressing one’s own desires or achieving one’s own goals, but in aligning one’s personal will with God’s. For a Christian, submission to God’s law requires self-denial. Expressive individualism says, “follow your heart,” while Jesus says, “follow me.” This imperative requires the believer to forsake even his deepest and most personal desires. Jesus taught, “Whoever wants to be my disciple must deny themselves and take up their cross daily and follow me. For whoever wants to save their life will lose it, but whoever loses their life for me will save it.” (Luke 9:23-24).

Discipleship thus involves taking on a new identity. The Christian apologist C.S. Lewis wrote, “The more we get what we now call ‘ourselves’ out of the way and let Him take us over, the more truly ourselves we become.”2 He continues,

Our real selves are all waiting for us in Him. The more I resist Him and try to live on my own, the more I become dominated by my own heredity and upbringing and natural desires. … It is when I turn to Christ, when I give myself up to His Personality, that I first begin to have a real personality of my own.3

In this sense, total submission to the divine will is not a betrayal of the true self, as it would be in the framework of expressive individualism, but a realization of the true self. To a Christian, the natural desires of the human person are restrictions upon one’s spiritual identity. Individualists, on the other hand, see these natural desires themselves as representing a person’s true identity. This difference is often at the core of disagreement about same-sex orientation or attraction. Most Christian traditions teach that denying oneself the expression of those deep desires is painful, but ultimately sanctifying. “Self-renunciation is thought to be, and indeed is near the core of Christian ethics,” Lewis taught.4

Christians would agree with expressive individualist thinkers that life should not be lived so as to win the approval of other people. Both philosophies require the individual to defy social expectations when these expectations are inconsistent with the individual’s higher purpose. The difference is that the individualist sees his purpose as arising from his desires, inclinations, and dreams, whereas the disciple’s purpose comes from a relationship with the external Divine. To religious believers, traditional sexual teachings do not constitute an affront to anyone’s identity, but rather an invitation to find oneself in God. While expressive individualists would see these teachings as stifling, Christians often see these teachings — and the social and moral traditions that are informed by them — as supportive of their duties to align themselves with God’s will.

Certainly, neither of these two perspectives necessitates a particular stance on traditional marriage. Some Christians believe in formalizing same-sex civil marriage, while personally disapproving of homosexual relationships. Conversely, an expressive individualist might approve of sexual expression in any form, but resist a public redefinition of marriage for political reasons.

However, these perspectives often inform a person’s political beliefs. Someone who believes that peace comes through self-denial will be skeptical of arguments for same-sex marriage that depend on a permissive belief about homosexuality. And those who hold sacred the right to express one’s sexual desires without social recrimination usually strive to abolish legal and social barriers to that expression.

It is worth reiterating that Christian discipleship by itself should not be used in the public sphere as an argument against same-sex marriage, because there is a political dimension to the marriage debate. Indeed, on this website we intentionally do not make this argument. And conversely, individualism itself is also not a justification for a particular marriage law. But understanding the traditions of Christian discipleship and expressive individualism is important for anyone who wishes to engage with others on marriage in a productive way.