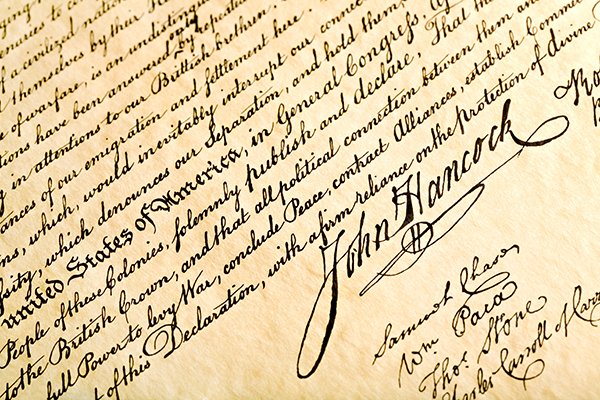 Since Plato, there has been an ongoing debate about the nature of law — is law something that should reflect an objective moral reality, or is law a social convention designed to advance human goals and ends?

Those on both sides of the same-sex marriage debate commonly draw upon each of two very different views about the broad purpose of law. Often, either side speaks past the other as they take turns drawing upon these different views. One such view stems from natural law theory, and the other from legal positivism. Recognizing the differences between these legal theories may help us not only better appreciate arguments informed by each on both sides of the debate, it can help us further productive conversation when we see two people in a discussion speaking past each other as they employ the different languages and concerns of each view.

By “moral reasoning,” we’re not talking about the religious moralism we might find in a church sermon. Rather, moral reasoning is simply the process of determining what is right or good based on human reason and experience. For example, most of us believe that taking innocent human life is wrong, and feel compelled by conscience to support laws that reflect that, regardless of our religious beliefs. Natural law theory sees such moral intuitions as intrinsic to determining what makes good law. For example, why is taking innocent human life a moral wrong, and why should our laws forbid it?

The natural law tradition has existed since the days of Ancient Greece. Plato and Aristotle can both be considered part of this tradition, as can Cicero, Aquinas, Thomas Jefferson, and Dr. Martin Luther King Jr. Natural law has strongly influenced American politics, as first evinced by the ‘inalienable rights’ to life, liberty, and the pursuit of happiness encoded in the Declaration of Independence. This legal tradition holds that human beings have moral entitlements that are natural, that is, they are not created by man or government, but are inherent in human existence.

In contrast, legal positivism maintains that human laws are merely social conventions, and have no inherent connection to a universal moral order. From a legal positivist perspective, good law is law that is legitimately enacted by proper legal authorities while following the rules, procedures, and constraints of the current legal system. Legal positivism focuses less on what law ought to be, and more on what the law is.

From the perspective of legal positivism, what courts should do has little to do with what is ultimately right, but rather with what voters decide and what existing law dictates. That is, a law can be valid or binding, even if it doesn’t reflect what is right or good. If a law seems to violate what some assert is a natural right, a legal positivist might respond that if said law was enacted through proper legal channels, then such a right does not actually exist at all. Legal positivists will likely focus on the minutiae of constitutional interpretations, legal precedents, and judicial decisions.

Both Views Inform the Debate

Both supporters and opponents of same-sex marriage use natural law theory to support their views. For example, the idea that every child has a moral right to both a father and a mother, or the idea that civil marriage reflects the natural family duties associated with procreation, are grounded in natural law reasoning. Conversely, the idea that human dignity and equality require us to formalize same-sex marriage can also be defended using natural law-like reasoning. Both perspectives appeal to our moral intuitions to determine what the law ought to be.

On the other hand, both supporters and opponents of same-sex marriage also use legal positivist rhetoric to support their views. For example, claims that there is no enumerated constitutional right to marriage, or that a same-sex marriage ban was legitimately enacted through proper legal channels, are examples legal positivist reasoning. Conversely, the claims that the 14th amendment requires states to formalize same-sex marriages, or that Supreme Court precedents should be used to strike down state marriage bans, are also examples of legal positivist reasoning. Both perspectives appeal to interpretations of existing law (such as the Constitution or Supreme Court precedents) to make their case.

Natural law and legal positivism can be compared to two different languages in which the marriage conversation can take place. When both people in a conversation are speaking the same language, they can more easily understand each other, even when they disagree. But when one person is arguing from the basis of natural law theory (what ought to be law, based on moral reasoning), and the other is arguing using legal positivist rhetoric (what the law is, based on legal precedent or consensus), they will likely talk past each other.