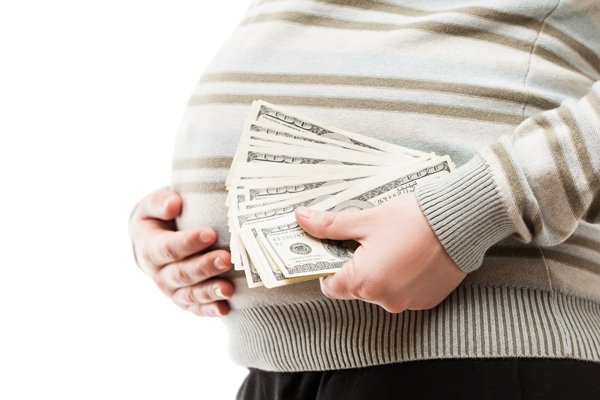 Because the sexual activities of two men or two women cannot lead to pregnancy, same-sex couples who wish to parent often make use of third-party reproductive technologies (such as sperm and egg donation and surrogate motherhood). If we formalize same-sex marriage, the state can make no coherent argument that biological parenthood is better than third party reproduction.

Third-party reproduction turns children into commodities that can be purchased, and ultimately denies children their right to be raised by their biological parents. For this reason, we argue that formalizing same-sex marriage — which treats same-sex parenting as equally ideal as any other arrangement — will encourage the commodification of children.

Because the sexual activities of two men or two women cannot lead to pregnancy, same-sex couples who wish to parent often make use of third-party reproductive technologies (such as sperm and egg donation and surrogate motherhood). For this reason, we argue that formalizing same-sex marriage — which treats same-sex parenting as equally ideal as any other arrangement — will encourage the commodification of children and the objectification of women.

A case can be made that a couple’s right to raise a child must be coextensive with their ability to conceive a child. While infertile couples can provide a good home for children who cannot be raised by their biological parents, it would be ethically problematic to consider parenting the children of others a right. Such a right would obligate the state to place a child with every couple who seeks one, and to facilitate the creation of more children if there were not enough to meet demand. If any individual or couple has the right to parent a child (independent of biological reproduction), then the state can make no coherent argument that biological parenthood is better than third party reproduction, or that it is an ideal worth promoting.

The Ethics of Third-party Reproduction

A couple’s desire to be parents comes into direct conflict with a child’s right to know and be raised by his or her biological parents (whenever possible) when a child is intentionally created in order to be given to and raised by individuals other than the child’s biological parents. This turns children into a commodity created to meet a demand. The child becomes a means to an end (the end being the desires and wishes of the parent).

Third-party reproduction includes: (1) Sperm donation, a process where children are conceived using the sperm from a (typically anonymous) donor. This is an option that many lesbian couples pursue. (2) Egg donation, a process by which an egg from a (again, typically anonymous) donor is fertilized and then implanted in an otherwise infertile woman’s womb. (3) Surrogate motherhood, a process by which a woman conceives and bears a child with the intent of giving the child to someone else to raise (such as two men who cannot themselves bear children).

By facilitating the creation of a child for the sake of a third party, each of these methods has the potential to objectify children. To speak in economic terms, if the supply of children is philosophically separated from the demand, then there will automatically be created a market for children. Further, because third party reproduction is expensive, perverse market incentives can shift the attention of agencies and medical professionals away from the welfare of children and toward the prospective parents’ ability to pay. For example, Alana S. Newman, an advocate for children of third-party reproduction, once interviewed Teri Royal, the owner of one of the world’s largest egg donation facility:

I asked her how many clients she rejected of the thousands she served. She admitted to only declining one potential client. Any adoption agency will tell you their rejection rates run much higher than that. But when conception is commercialized and fertility industry entrepreneurs can earn over $100,000 per child born, these astronomical sums corrupt and should be seen as major conflicts of interest in providing for the best interests of the child.2

Not only can third-party reproduction commodify children, but it also risks objectifying the bodies of women. Surrogate motherhood is, essentially, a process by which the couple seeking a child asks the birth mother to offer her body as a vehicle for their own desires in exchange for money. This practice is ethically problematic even when fully consensual, but it also risks facilitating the exploitation of women in financially vulnerable situations.3 Surrogate motherhood — whether traditional or gestational — commercializes the otherwise natural act of conception and pregnancy, and ultimately denies the child the right to be raised by the woman who gave her life.

Very little research has been conducted to determine the long term impact of third-party reproduction in the lives of the children conceived, and preliminary research indicates that there may be reason for alarm.4 Further, whether conceived by third-party reproduction or raised in single parent homes, children who have never met their biological fathers often feel a natural urge to find and know them, which has been called by some researchers “father hunger.”5 “Mother hunger” has similarly been observed.6 These children long for what they are morally entitled to as children: to have a relationship with their biological mother and father.

Because third-party reproduction is one of very few means by which same-sex couples can become parents, it is quickly becoming standard practice for these couples. If same-sex couples legally marry, then the state cannot treat third-party reproduction as an exceptional and discouraged practice, as it could if marriage was defined as a man-woman institution. Instead, it must by necessity treat the practice as morally equivalent to biological parenthood. Because third-party reproduction transforms children into freely supplied and saleable commodities, formalizing same-sex marriage will contribute to the commoditization of children (as well as the exploitation of women).