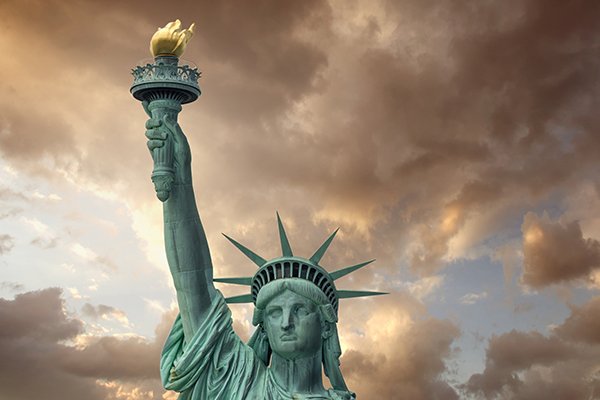 At least some of the recognized duties and privileges of family and marriage are a natural endowment of the conjugal union, and precede and transcend state authority. Redefining marriage to include non-conjugal unions assumes instead these marital duties and privileges are grants of the state, and this will jeopardize the strength of the family unit in its contest with the state.

It goes without saying that civil society thrives best when it is structured by an array of non-coercive social institutions, including families, marriage, churches, clubs, unions, and other non-government organizations. Mike Gannon explains:

Far from thirsting for a world of unchecked will and aggression, the true libertarian is a partisan of what Edmund Burke famously dubbed society’s ‘little platoons,’ those local associations and organizations into which free men naturally congregate and that form the genuine lifeblood of a healthy, self-sustaining civil society. … The stronger these little platoons, the weaker the case for a strong and aggressive central government to fill in the societal gaps, real or supposed, that are left by them. 1

And no “little platoon” regulates human affairs and provides for human needs quite so well as the family. For this reason and more, maintaining family norms is vital to maintaining human liberty.

Family and the Welfare State

G. K. Chesterton insightfully remarked, “Nobody has really discussed the alternative to the Family. The only obvious alternative is the State.… The frightful punishment of mere sex emancipation is not anarchy but bureaucracy.”2 And when the state tries to step into the role of parents and families, we get cumbersome and intrusive bureaucracies—the kind that not only fail to compensate for the family, but which also require society to foot their expensive bill. In this way, one can see that the fortunes of family and liberty are deeply intertwined — they rise or fall together.

A Natural Rights View of Marriage

Parents have inherent obligations to their children, as well as to each other. For example, spouses have an obligation to materially support, care for, and remain faithful to each other. These obligations are not imposed on them by the statute, or even necessarily agreed to by contract — they naturally arise when the spouses engage in procreative intercourse. These duties are accompanied by certain privileges, too — such as the right of parents to teach and raise their children, to bequeath to those children their moral belief system, to provide for their children’s future — all without the interfering paternalism of government intrusion. These duties and privileges philosophically precede and transcend state authority — they exist whether or not a government does. Civil marriage does not create these duties and privileges; it is simply a process by which the state formally recognizes, respects, and on rare occasions enforces these already-existing duties and privileges, the same way that the state formally recognizes, respects, and enforces an individual’s pre-existing rights to life and property.

Marriage and family insulate the individual from government, providing unique spaces of autonomy that state forces are now trying to shrink. Spouses have more discretion in determining the rules of their household than most employers have over their businesses. The only pretext most governments have generally dared to use to invade the autonomy of the home is the physical protection of children from extreme abuse or neglect. This illustrates how the family has so far resisted the state and jealously guarded its boundaries. We do not and should not want the state to abandon the norms by which the state has treated marriage and family as formal units worthy of distinction. We should want the state to acknowledge Richard and Joanna, with their daughters Rebecca and Shauna, as more than just four separate individuals, but as embodying a family unit whose internal affairs are privileged and are to remain untouched absent grave circumstances.

The Consequences of Redefining Marriage

If the state redefines marriage to include inherently non-procreative relationships, it would put to rest the idea that the duties and privileges of marriage — including the autonomy of the family in civil affairs — are a natural endowment by nature and nature’s laws as a consequence of the procreative union. It would advance instead the doctrine that these duties and privileges are grants of the state and artifacts of political action. This would jeopardize the strength of the family unit in its ongoing contest with the state. In short, the real claim being made by those who advocate for same-sex marriage is that those rights and duties are not the natural implication of the procreative union, but are instead grants of the state (to whomever the state sees fit). To preserve the conjugal understanding of marriage is to preserve the idea that the duties and privileges of marriage philosophically precede the state.

If it is true that redefining or dismantling civil marriage will weaken the family, this should alarm civil libertarians just as much as — if not more than — news of a new welfare program or a new economic regulation. Stella Morabito explains, “[T]he family has always been a thorn in the side of central planners and totalitarians. The connection between its abolition and the limitless growth of the state should be crystal clear.”3 Investing our efforts in strengthening family norms will do more for the cause of liberty than perhaps any other cause we can pursue.

Why not just separate marriage from government altogether?

This is a very good question. Some civil libertarians advocate for a complete separation of marriage and government, and argue that doing so will wholly resolve the debate (at least in the realm of public policy). We disagree — not only do we think that this is infeasible, but we think it will ultimately be bad for marriage as a whole. To fully explain why, we have an upcoming article title, “The Objection from Libertarianism,” which tackles just this question in great detail. The basics, however, are this: marriage is not a creation of the state, any more than property rights are. But property rights are advanced when the state formally recognizes and enforces them. It is when the state fails to recognize and enforce property rights that government generally exceeds its authority. We think that something similar is true of marriage — as a collection of duties and rights that precede the state, the state can respect and recognize marriage, and doing so actually advances the cause of liberty.

Not any more than defining property is. If the state were to frequently redefine property to the benefit of politically connected parties, it would be a form of agregious state control. But in order to respect and enforce property rights at all, the state must first have a definition for what property is, and that definition should be based on sound moral and natural rights reasoning. The same is true of marriage – it is not having a definition of marriage that is a form of state control, but redefining marriage that is a form of state control. Grounding the definition of marriage in sound natural law reasoning is not itself the problem — it is assuming that marriage is something the state can magisterially revise based on political interests that is the problem.

In what way does the state enforce marriage duties?

Generally, in our current legal system, the state enforces the duties of marriage generally when the marriage relationship otherwise breaks down. When couples separate or divorce, the state may require one spouse to lend material aid to the other spouse (in the form of alimony or child support). The fact that these duties are legally enforced even when the civil marriage is dissolved demonstrates (to us, at least) that these duties were not created by civil marriage in the first place, but by the procreative relationship that the marriage implies. Thus, they continue so long as children are involved or one partner is in a state of financial vulnerability. We think that all methods of enforcement should be carefully weighed against other considerations (such as privacy, liberty, etc.), but that the state can — and should — minimally recognize that these duties exist.

All human beings have natural rights. The question at hand, however, is what enforceable rights accrue to couples merely because of their romantic or loving relationship? Same-sex couples might contractually agree to permenance and fidelity, but neither party in the relationship are entitled to permanence and fidelity unless such a contract exists. In contrast, a man and a woman in a procreative relationship — because of the potential for and perhaps existence of innocent third parties — might be entitled to permanence and fidelity even in the absence of such a contract. A woman’s entitlement to fidelity and support on the part of the father of her children is not an invention of the state, but exists whether or not the state does.

There are additional state-contrived rights (such as, perhaps, the joint-filing of taxes, or other legal arrangements) that married couples currently enjoy that are not necessarily the natural implication of conjugal union alone. Those who support traditional marriage generally support the idea of allowing any couple or even group of people who share the burdens of life together to enter into contractual arrangements that allow them to pool their property or even procure survivorship rights. We will discuss this more in the Argument from Civil Union.