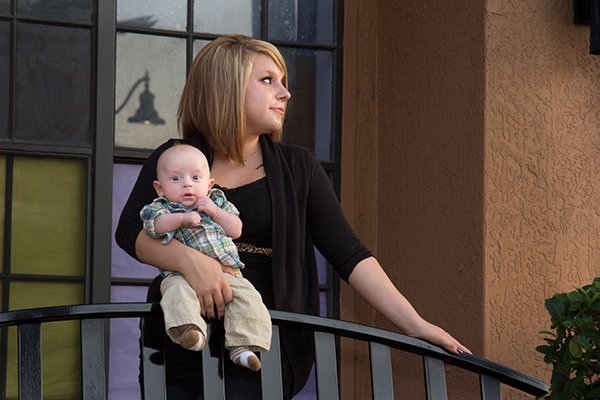 Just as moral belief systems inform law, laws also inform and shape public conscience, and changes to social policy can have cascading effects in terms of what the public believes to be right and good about marriage. For example, the implementation of no-fault divorce has cultivated norms of divorce and serial marriages, with tremendous costs today.

Formalizing same-sex unions as marriage will make the revisionist view of marriage the explicit policy of the state, and this will further affect crucial marriage norms permanence, exclusivity, and fidelity. It signals to the public that fathers and mothers are interchangeable, and therefore ultimately expendable. This will affect the ways in which marriage partners live out those norms. We don’t have to disapprove of same-sex relationships to understand the costs of using marriage law as the vehicle for normalizing them.

Marital norms of permanence, fidelity, and exclusivity are vital to the stability of procreative relationships and serve the common good of society. In the Argument from Crucial Distinction, we argued that these norms are deeply connected to the potential for a man and woman to form a reproductive unit, and to the children such unions create.

We further argued that the revisionist view of marriage — that is, the view that marriage is primarily about mutual fulfillment or companionship between adults — does not explain why these norms should be expectations of married people rather than matters of personal preference. Here, we argue that this is precisely why formalizing same-sex marriage will — in the long run — ultimately erode these norms altogether.

Just as societal belief systems inform law, laws also inform and shape public conscience, and changes to social policy can have cascading consequences in terms of what the public believes to be right and good about marriage. Girgis, Anderson, and George explain:

By regulating marriage entry and exit, and by helping and sometimes requiring the government as well as individuals and civic institutions to treat certain couples as a unit, marriage law sends a strong public message about what it takes to make a marriage — what marriage is. This in turn affects people’s beliefs, and therefore their expectations and choices, about their own prospective or actual marriages.1

Because the revisionist view of marriage (where marriage is thought of as an emotional union) does not offer a strong reason for permanence, fidelity, and exclusivity to be anything more than a matter of personal preference, it may weaken married couples’ commitment to those norms. Girgis, Anderson, and George explain:

As more people absorb the new law’s lesson that marriage is fundamentally about emotions, marriages will increasingly take on emotion’s tyrannical inconstancy. Because there is no reason that emotional unions — any more than the emotions that define them, or friendships generally — should be permanent or limited to two, these norms of marriage would make less sense. People would feel less bound to live by them whenever they simply preferred to live otherwise. And, being less able to understand the value of marriage itself as a certain sort of union, even apart from its emotional satisfactions, they would miss the reasons they had for marrying or staying with a spouse as feelings waned, or waxed for others.2

Finally, because the revisionist view of marriage (particularly that which endorses and celebrates same-sex marriage) elevates no parenting arrangement as an ideal, “it would diminish the social pressures and incentives for husbands to remain with their wives and children, or for men and women having children to marry first.”4 Marriage norms are part of a larger social ecosystem, and changing legal norms in even small ways can have an enormous impact on the ecosystem of norms as a whole. When marital norms such as permanence, fidelity, and exclusivity become a matter of personal preference in the eyes of public policy (and thus, soon enough, in the eyes of the public), we will see likely more divorces, more infidelity, and more non-monogamous relationships.

Girgis, Anderson, and George conclude: “Redefining civil marriage might make it more socially acceptable for fathers to leave their families, for unmarried parents to put off firmer public commitment, or for children to be created for a household without a father or a mother.”8 We can approve of same-sex relationships, but still weigh the costs of using marriage law as the vehicle for normalizing them. If marriage really is a vital social institution, then the possibility that adopting the revisionist view of marriage will erode crucial norms of permanence, exclusivity, and fidelity should concern us all. Whether the concerns hold true or not, they should at least be considered a rational point of conversation in the marriage debate, and something that should warrant further consideration.

This argument does not claim that the behavior of same-sex couples will destroy marriage. What will unravel vital marriage norms has nothing to do with what same-sex couples do or don’t do in their relationships. Rather, it has everything to do with how the rest of us understand the institution of marriage and its purposes, and adopting the revisionist view of marriage as state policy will impact that in tremendous ways. While many living in the present generation may continue to live out some of these marital norms — since our social conscience was shaped in an age where they were still intuitively embraced by most people — will future generations live out these norms, if they do not understand marriage in a way that naturally calls for them?

We don’t think so. As Girgis, Anderson, and George explain, this “assumes that the state can effectively encourage adherence to norms in relationships where those norms have no deep rational basis.” This doesn’t mean that many non-procreative companionships — such as same-sex couples — might not want to live out these norms and be quite successful in doing so; it just means that there’s no deep rational basis for governments promote them as expectations of non-procreative companionships rather than matters of personal preference.

Shouldn’t we just discourage divorce instead of opposing same-sex marriage?

Most of those who oppose same-sex marriage do spend their efforts discouraging divorce as well. But more importantly, we think the best way to discourage divorce is to educate others about what marriage really is. If we think that marriage is all about mutual adult fulfillment or personal self-expression, then it becomes difficult to articulate a strong reason to oppose divorce in the first place. Why shouldn’t permanence be just a matter of personal preference? It is the conjugal view of marriage that provides the strongest answer to that question.

Shouldn’t we promote these stabilizing norms in homes where children are already being raised by same-sex partners?

First, this assumes that formalizing same-sex marriages will actually promote permanence in these homes. This may be the case for the near future, but if the revisionist view of marriage is adopted as state policy, we think that these norms will weaken over time for all families. Further, while the conjugal view of marriage does leave us with important questions about how to address marginal cases, we’re not convinced that we should let these marginal cases affect our understanding of the broader ideals.

While we agree that a stable home life and stable parentage benefits children, there is also another ideal that must be considered: having both a father and a mother in the home. The question at hand is whether the ideal of stability and permanence for all homes with children is so important that it should be pursued at the expense of the ideal of having a father and a mother in the home. The conjugal view of marriage enshrines both ideals, while the revisionist view of marriage enshrines neither (or, at the very least, fails to provide a strong reason for permanence to be an essential norm of marriage).

In addition, what about children in homes of polyamorous unions, or who are being raised by adult siblings, or some parents in any other fundamentally non-procreative relationship? It would be patently unjust to extend marriage for the same of stabilizing the homes of same-sex couples with children, but not any of the other arrangements that are equally outside of the realm of marriage at present.

What about Infertile Couples? Aren’t they fundamentally non-procreative, and don’t they also erode vital marriage norms?

Another way to phrase this question is, why would we want to enwrap infertile relationships with the institution where permanence, fidelity, sexual activity, and monogamy are normative if those norms are instrinsically connected with procreation? The truth is that there are good reasons for including infertile couples in this institution, and treating those norms as obligatory for infertile married couples — first, infertility tests are often inconclusive, and couples once thought to be infertile have often concieved regardless. In addition, these stabilizing norms have historically and legally been connect to the marital act of coitus, but not to any other sexual act — not to exclude gays, but because of the act’s connection to conception. Infertile couples can participate in the marital act of coitus, and by so doing — even when they are infertile — create the change of new human life.

In addition, older men usually outlive their fertility, which means that treating the norms of fidelity, permanence, and monogamy as non-obligatory as couples progress into old age may very well lead to children born out of wedlock and who will soon be fatherless. Thus, it makes sense to include older couples in the institution that supports these norms, because of the procreative potential for older men.

This are just a few of the reasons why someone can consistently believe that infertile or older couples should marry while same-sex couples should not. There are many, many more ways to explain why — so many that we created an entire article to address this question. Check out the Objection from Infertility.

YES. Very much so. We think that married couples ought to love each other — in fact, love is just as much a marital norm as permanence, fidelity, monogamy, and sexual activity. You can put it this way: Do we expect married couples to love each other? We do. And we should. The issue at hand, however, is that a view of marriage grounded only in love — with no connection to procreation — does not provide sufficient reason for permanence and fidelity to be anything more than matters of personal preference. People claim to “fall out of love” all the time. Are they only obligated to permanence so long as their feelings persist?