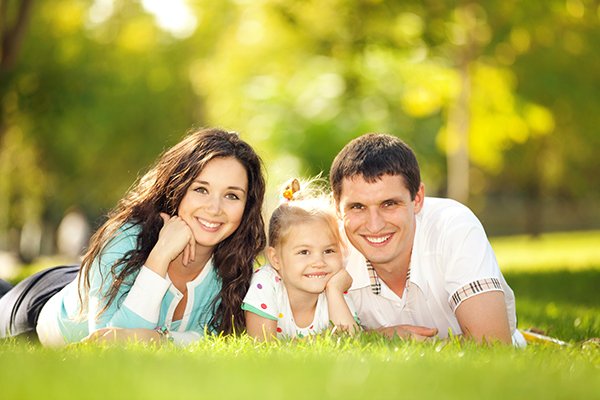 Children are morally entitled to be born to and raised by their biological father and mother, whenever possible. Whenever this is not possible, public norms should encourage us to closely approximate this ideal by providing children with both a father and a mother. Traditional marriage policies encourage this ideal, while formalizing same-sex marriage ultimately undermines this ideal altogether.

Marriage law inevitably treats prospective marriage partners as potential fathers and mothers, and for this reason marriage policy establishes the norm for parenting. By making same-sex parenting equivalent to man-woman parenting in our marriage policies, we would undermine our ability to elevate any parental arrangement as a social ideal — including biological parenthood itself.

The Argument from Parental Ideal starts with a bold premise: children are morally entitled to be born to and raised by their biological father and mother, whenever possible. Whenever this is not possible, public norms should encourage us to closely approximate this ideal by providing children with both a father and a mother. Traditional marriage policies encourage this ideal (while also not prohibiting other parenting arrangements), but formalizing same-sex marriage ultimately undermines this ideal altogether.

Children Are Entitled to Their Biological Parents

The focus of the same-sex marriage debate has centered on the rights of adults to either engage in consensual relationships (a right that has never been in dispute), or to start and raise a family (a right disputed by some, but not by us here). However, few have acknowledged the rights of children. More particularly, children have — or at least ought to have — a right to be raised by the biological parents whenever this is possible. Even if this moral right is not enforced coercively, it ought to at least be minimally recognized by public policy. We can do this by crafting policies that encourage children to be raised by their biological parents.

We recognize that this ideal cannot always be met, and that children are often well-raised by people other than their biological father and mother. However, we argue that our social and legal norms should nonetheless elevate this as an ideal — an intrinsic good worth pursuing — even if they must accommodate exceptions. And where the ideal of biological parenthood cannot be met — and where close kin are not available — reason suggests that we closely approximate that ideal by providing children with both a father and a mother.

Because marriage as a civic institution is closely tied with procreation, it is also closely tied with parenting. Our marriage laws do not just determine which couples can claim state benefits as married partners, they also designate which couples provide the most ideal setting for children to be raised. Marriage law inevitably treats prospective marriage partners as potential fathers and mothers, and for this reason marriage policy establishes the norm for parenting.

Conversely, when civil law reflects the revisionist understanding of marriage, it can serve to undermine the public’s understanding of the social good that is fatherhood and motherhood. The revisionist understanding of marriage assumes as a matter of policy that a complete family unit does not require both a father and a mother. Either becomes expendable in the eyes of law. Because this serves to undermine the norms of fidelity and permanence in a marriage relationship, this makes it less likely that children will be raised by their biological parents.

Further, by definition, two men or two women cannot be the natural, biological parents of the children they raise. Same-sex couples must either adopt or use assistive reproductive technologies and processes (such as in-vitro fertilization, surrogate motherhood, etc.) in order to jointly raise children. Thus, for same-sex partners, non-biological parenting must be the norm, rather than the exception. That is, the children of same-sex couples will always be raised by someone other than their natural, biological father and mother.

Many support same-sex marriage precisely because they want the state to acknowledge same-sex couples not just as a legitimate parental unit, but as an equally legitimate parental unit. However, by making same-sex parenting morally equivalent to man-woman parenting, we would undermine our ability to elevate any parental arrangement as a social ideal — including biological parenthood itself. Again, this is because same-sex parenting inherently contradicts that ideal in a way that man-woman parenting does not.

Same-sex Couples Can Be Good Parents

We can believe that same-sex couples can be excellent parents and still believe that children are entitled to be raised by their biological father and mother. This is because the argument has little to do with the quality of parenting. To illustrate this, consider the reverse: do parents have a moral right to parent their biological children? Does defending this moral right require any knowledge of the quality of their parenting? Absent extreme neglect or abuse (where the safety and well-being of the child is seriously imperiled), biological parents have a unique moral entitlement (or natural right) to parent their biological children, regardless of whether others would do a better job. Similarly, same-sex couples might make great parents, but this doesn’t change the moral foundations of the family, or the rights of children.

We are not arguing that same-sex couples should not be allowed to adopt or raise children. While marriage law and adoption law are closely related, they are not (and should not be) identical. Rather, we simply argue that our legal policies should broadly channel children into homes with fathers and mothers, or at the very least elevate that template as the ideal (even if it does not coercively enforce that ideal). This, we argue, will increase the likelihood that children will be raised by their biological parents, and strengthen the norms that hold this as a social ideal.

If children are entitled to their biological parents, why can any couple adopt?

Adoption is an essential legal tool that helps children find stable homes with fathers and mothers to raise and care for them. However, even when adoption is the best option available to a child due to death, neglect, or abuse on the part of his or her biological parents, it can never fully compensate for the absence of both a loving biological father and mother in the lives of children. While we should not in any way stigmatize adopted children or adoptive parents, biological parenthood should always be considered by public policy to be the social ideal.

Should same-sex couples be allowed to adopt or raise children?

Homosexual persons should certainly not be barred from parenting on account of their sexual orientation or relationships — that would be odious discrimination and entirely unreasonable. Nothing in this argument or its reasoning suggests that we should ban homosexual persons or partners from parenting and raising children. While marriage policy designates the ideal setting for raising children, it does not in any way prohibit non-traditional parenting arrangements.

While marriage policy designates what public policy will treat as the ideal, this should not compel adoption agencies or custody hearings to enforce this ideal in coercive ways that demean individuals or jeopardize the well-being of children. Adoption agencies and services should feel free to place children in the homes that they feel will best serve the interests of children, regardless of the parenting arrangements of the home. Simultaneously, such agencies should also feel free to give preference to man-woman parenting (balanced against other factors), since it is not unreasonable to believe that this closely approximates the natural ideal of biological parenthood.

What about couples who do not wish to be parents?

Marriage policy does not dictate who must be parents. It simply treats prospective marriage partners as potential parents. Individuals marry for a host of differing reasons, personal and otherwise. This does not mean, however, that marriage as a civil institution is not closely connected with parenting and its ideals.

Why can’t the ideal just be two loving parents (of whatever gender), instead of biological parenthood?

Because there’s no reason to stop at two, unless we are trying to mimic a natural family order of some kind. Are two parents better than one, simply because more is better? Why not hold three or more loving parents as the ideal? Ultimately, the reason our moral intuitions tell us that children need two parents (instead of three, four, or ten) is because we intuitively recognize biological parenthood as an ideal worth striving for, and that when this ideal cannot be met, we ought to mimic it the best we can.

Why can’t we elevate biological parenthood as the ideal, but then opposite-sex and same-sex adoptive parents as equally good next-best options?

More research needs to be done before we know for certain whether opposite-sex and same-sex adoptive parents are actually comparable in terms of child-outcomes. But ultimately, our next-best options should strive to mimic the biological ideal. That is the only rationale for elevating two-parent families as preferable, rather than three-parent or five-parent families. And if our public policies strive to mimic the ideal with number, why not with gender too? If the basis for having two parents is to mimic the natural family order, then why should we arbitrarily conclude that other intrinsic features of the ideal are not also worth emulating?