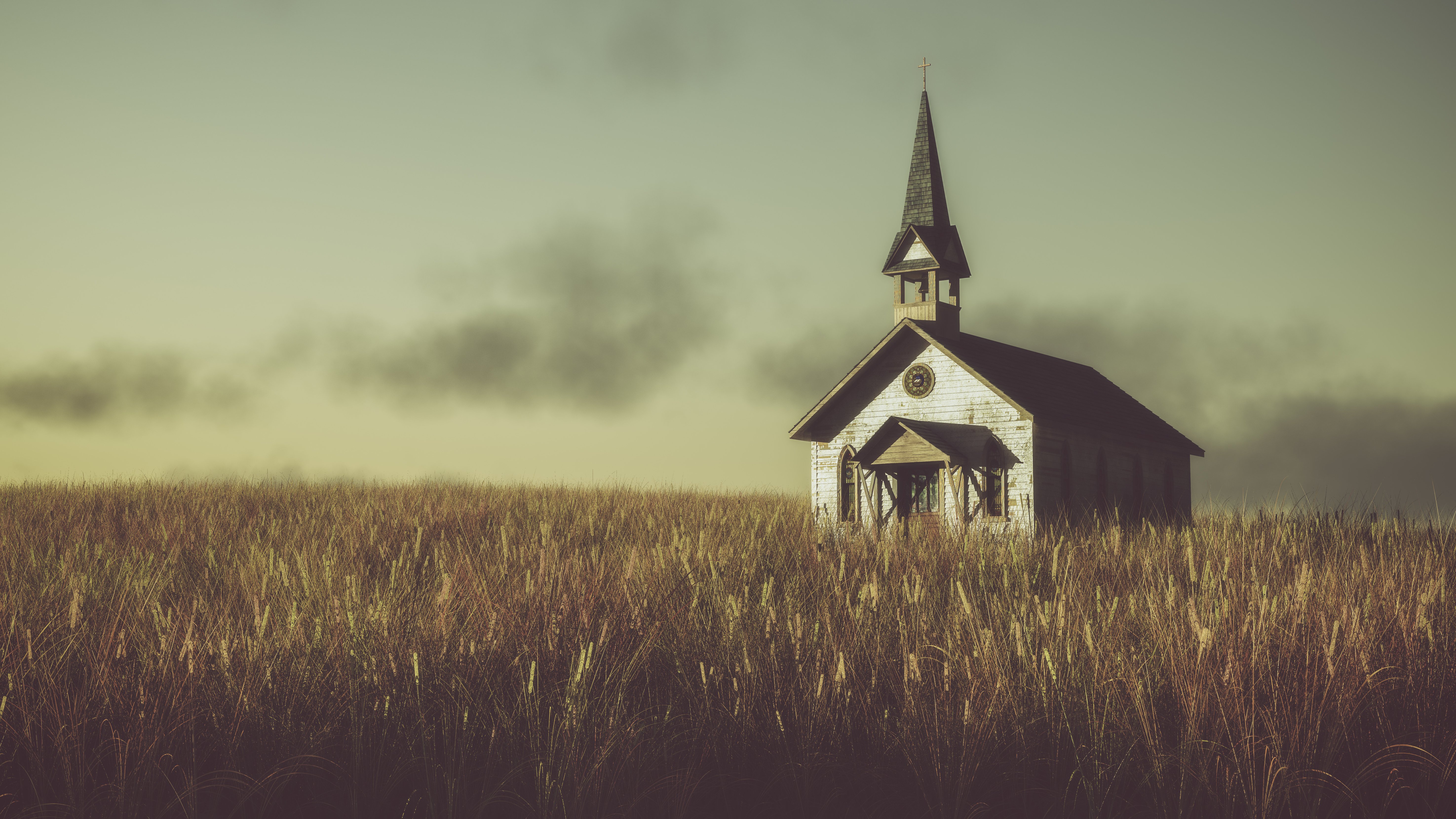 Same-sex marriage may threaten the ability of religious organizations to participation in the public square as equals with other non-profit organizations, as they have hitherto done. Further, it also threatens the livelihood of religious individuals who earn money celebrating marriage with their art and craft. These threats to religious liberty could have dire consequences.

Preserving religious freedom is a good reason to oppose same-sex marriage until protections can be secured for those of religious faith. Laws can be crafted that address the reasonable legal, social, and commercial needs of same-sex couples without burdening the religious conscience of dissenters. A deep respect for both ideological pluralism and religious freedom requires that we allow dissenters to express and enact their views without penalty.

Most religious traditions teach an ethic of civility and respect towards all people regardless of their lifestyle or belief system. However, many religious people decline to treat same-sex relationships as marriages, not because of animus towards gay people, but because of their religious beliefs regarding the nature of marriage. Recent legal developments and cultural shifts indicate that religious dissenters may be required by law to treat same-sex unions as marriage, despite their religious objections.

Many religious belief systems and organizations teach that marriage is a distinctly man-woman institution, and that same-sex relationships are forbidden by God (and ought to be discouraged by society). Whether these beliefs are right or wrong, they are generally protected by American jurisprudence and Constitutional law, in what is known as religious liberty. Under US law, individuals are protected in their religious belief and practice from state interference, so long as those practices do not conflict with a compelling state interest.

Religious freedom includes more than just the freedom to believe particular doctrines, or the freedom to worship within the walls of churches and similar institutions. It includes the freedom to act in accordance with one’s moral conscience and to practice religion in the public square among people who hold other beliefs.

This ideal was reaffirmed in United States law by the Religious Freedom Restoration Act, which holds that “Government shall not substantially burden a person’s exercise of religion,” except in the “furtherance of a compelling government interest” which cannot be furthered in a less restrictive way. 1 This law requires that the Federal government exhaust other, less restrictive options for advancing even compelling interests before limiting a person’s exercise of religious belief and practice. Many states have implemented similar laws.

In addition, U.S. law and public policy has long treated religious organizations as valuable contributors in the public sphere, and have acknowledged that they can advance public interests in important ways. For example, schools and universities owned and run by religious organizations have been treated as having equal standing as secular educational institutions. Students can use government funded-scholarships and grants to attend accredited religious universities, and researchers at religious universities can apply for and use grant money to advance their research.

The Nature of the Threat

Marriage laws, by their nature, usually require private and public entities to treat couples whose marriages are recognized by the state as genuinely married. There is good reason for this requirement. Girgis, Anderson, and George explain, “By regulating marriage entry and exit, and by helping and sometimes requiring the government as well as individuals and civic institutions to treat certain couples as a unit, marriage law sends a strong public message about what it takes to make a marriage — what marriage is.” 2 Because marriage law requires private parties to conform to the government’s definition of marriage — including in their business activities — religious people who see marriage in the classical way are pushed into inevitable conflict with the government.

For example, if courts compel states to adopt same-sex marriage, it will be because they see a compelling state interest in recognizing same-sex unions as marriage — compelling enough to constitutionalize same-sex marriage as a human right. If this happens, religious organizations may be handicapped in their participation in the public square if they continue to hold that marriage is a man-woman institution. The same arguments that were used to trump democratically enacted state laws can also be used to treat religious organizations that disagree with contempt in the eyes of the law.

The accreditation of religious schools may be jeopardized. The ability of students, teachers, and researchers to use public funds to advance their education and research at religious universities may be undermined. Religious institutions that teach that marriage is a man-woman institution may no longer be treated as having equal standing with other non-profit organizations in the eyes of the law, and their tax-exempt status may be threatened. While this may be seen as fear-mongering by those who support same-sex marriage, there is ample precedence. If courts overturn same-sex marriage laws, it will be because they deem them to be similar to state laws that ban interracial marriage — and universities have lost their tax-exempt status for maintaining bans on interracial dating and marriage on campus. 3

Religious individuals in the wedding industry — such as bakers, florists, and photographers who use their craft to celebrate weddings — already face significant threats to their business because of same-sex marriage. A photographer in New Mexico, for example, was fined for declining to photograph a same-sex commitment ceremony. 4 A florist in Washington State was fined for not crafting floral arrangements in celebration of a same-sex marriage. 5 A baker in Colorado has been ordered to either cater same-sex commitment ceremonies or pay a fine. 6 There are many other examples. In each of these cases, the business owners and artists sincerely believed in a particular vision of marriage in accordance with their religion. In each case, they were compelled, from their perspective, to lie about their beliefs by way of artistic expression.

The justification for these punishments are usually anti-discrimination laws that forbid declining services to customers on the basis of their sexual orientation. However, most religious opponents of same-sex marriage have no objection to serving, befriending, and doing business with homosexual customers and clients, regardless of their sexual practices or marital status. In each of the above cases, the business owners expressed a willingness to serve homosexuals in a variety of other ways, to demonstrate their good will towards them as persons. For example, the photographer — Elaine Huguenin — was fully willing to do portrait photography for the same clients, or to photograph other events for them that were not a celebration of their same-sex union. 7 It was not the sexual orientation of the customers she was objecting to, but the nature of the particular event. Further, in many of these cases, the religious individuals felt they were being asked to engage in expressive forms of speech which they disagreed with.

However, some judges have ruled that these distinctions are inconsequential. This alarms religious communities, because it implements as state policy the doctrine that religious persons cannot treat homosexual persons with dignity and respect without treating their union as interchangeable with man-woman marriage. In other words, it creates an unavoidable conflict between religious communities and state forces, a conflict that undermines some of the core ideals of American jurisprudence (such as religious liberty).

Preserving religious freedom is a good reason to oppose same-sex marriage unless protections can be secured for those of religious faith. Laws can be crafted that address the reasonable legal, social, and commercial needs of same-sex couples without burdening the religious conscience of dissenters. Such laws may not satisfy supporters of same-sex marriage who want all citizens to acknowledge and affirm same-sex unions as legitimate marriages. However, our deep respect for both ideological pluralism and religious freedom requires that we allow dissenters to express and enact their views without penalty.

Doesn’t religious freedom have its limits?

Of course religious freedom has its limits, and in American jurisprudence, religious freedom is rightfully limited when there is a compelling state interest in doing so. For example, the state will rightfully penalize those who commit heinous crimes in the name of religion. Simultaneously, however, the U.S. government has willingly protected religious freedom even in cases where there have been a strong state interests in overriding it. For example, Amish populations are exempted from the military draft as well as from the Social Security tax, because of their well-established religious beliefs.

Are you saying that it is acceptable to discriminate against homosexuals?

We are saying nothing of the kind. We think that homosexuals should be able to engage in commerce freely, regardless of their sexual orientation or practices. Many Christians even support anti-discrimination laws that guarantee that essential services are provided without regards to sexual orientation. Few Christians object to serving gay persons in restaurants, sitting with them on buses, working with them, employing them, or even being friends with them. However, many Christians believe that we can distinguish between respecting homosexuals as persons and celebrating their marriages. The question at hand is whether Christians who are morally opposed to same-sex marriage will be required to attend, participate, or lend support to events that celebrate same-sex marriage.

Are you trying to return us to the dark era of Jim Crow laws?

Not at all. Jim Crow laws required government organizations and private businesses to discriminate based on race. Religious freedom does nothing of the sort. Further, people of religious faith have declined to participate in same-sex commitment ceremonies for decades; they simply wish to continue to do what they have already been free to do. The suggestion that allowing religious freedom of this sort would “return” us to Jim Crow-like segregation policies ignores the fact that these freedoms have been around for a very long time already, without the dire consequences people predict.

How is it respecting the dignity of homosexual persons to refuse to photograph, cater, or participate in same-sex weddings?

The question can be turned on its head: how is it respecting the dignity of religious persons to force them to violate their religious beliefs? Religious freedom means that a same-sex couple seeking a wedding photographer might sometimes have to make a phone call to a second vendor (the frequency and likelihood of this is in genuine dispute, given the shifting societal beliefs on this matter); conversely, without religious freedom, a religious photographer will sometimes have to violate his or her core religious beliefs. Which is the greater harm and indignity?

Because there’s no reason to stop at two, unless we are trying to mimic a natural family order of some kind. Are two parents better than one, simply because more is better? Why not hold three or more loving parents as the ideal? Ultimately, the reason our moral intuitions tell us that children need two parents (instead of three, four, or ten) is because we intuitively recognize biological parenthood as an ideal worth striving for, and that when this ideal cannot be met, we ought to mimic it the best we can.