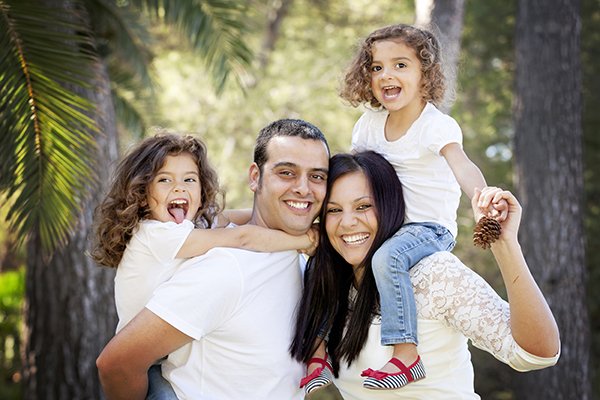 The conjugal (or traditional) view of marriage is characterized in terms of three essential features: a comprehensive union between a man and a woman (with the unifying good of the relationship being procreation); a shared domestic life ordered towards the raising of children; and norms of exclusivity, permanence, and monogamy. While there are many other features of a good marriage (such as love, friendship, companionship, romance, etc.), these features are not enough to make a marriage, minimally and traditionally understood.

In contrast, modern society is increasingly adopting what we call a revisionist view of marriage, in which the unifying good of the marital union is the personal fulfillment of the spouses. The revisionist view of marriage prioritizes romantic love, and sexual companionship as primary features of marriage, with procreation based entirely on the preferences of the spouses (and neither expected nor always even desired).

The conjugal view holds that marriage is a union between a man and a woman who share a domestic life oriented towards child-bearing and child-rearing. In other words, procreation (creating new human life) is the unifying good of a marriage relationship. A “unifying good” is that activity that most completely unites the partners in the relationship — the purpose towards which they coordinate their joint activities.

Let’s illustrate what this means: Consider a boyfriend and a girlfriend who share a deep emotional connection and enjoy spending time with each other. They have no particular plans for the future, and have made no commitments to each other. They may be united by many things, including mutual enjoyment, or whatever shared hobbies they pursue. Imagine that the girlfriend suddenly becomes pregnant. At that moment, their futures change completely — a whole host of duties suddenly arise that fundamentally changes their relationship.

They are now united by something more than just mutual enjoyment and emotional connection — they are united by an innocent human person, who physically embodies their union. While their relationship may still involve love and a deep emotional connection, raising the child becomes that thing that most completely unites them. This is what it means to say that child-raising is the unifying good of the relationship. They will probably consider getting married, because that is what marriage is about. In fact, if they don’t get officially married, but continue to live together and raise their kids together, many governments will still consider them married anyway (in what is called “common law marriage”).

The change that occurred in their relation strikes at the heart of marriage, from the conjugal view. Marriage is when a man and a woman say to each other, in essence, “Let us extend our emotional union into something more permanent, by starting a family together.” That is, a married couple arranges their lives and joins their families in anticipation of child-birth and child-raising. A pregnancy may be an unexpected interruption to a boyfriend and girlfriend, which fundamentally changes their relationship. However, as much as a child might change the lives of a married couple, she does not change the nature of their relationship. Marriage creates that difference from the get-go (before children are ever concieved), by enwrapping the relationship in norms (expectations) of permanence and fidelity. This is because marriage is oriented towards procreation. It points couples that direction.

Marriage, from this perspective, has little to do with procreation. Everything about a marriage (including how long it lasts, whether or not to be sexually exclusive, among other things) — everything depends on what the partners want, because the unifying good of the relationship is the subjective personal fulfillment of the partners. Only the partners can say what ought to be the case about their marriage, since their personal fulfillment is the primary purpose of the relationship — the good towards which they coordinate their activities.

Also, there is nothing about the distinction between these views that is particularly religious. People of all religions — or people with no religion at all — can hold the conjugal (or traditional) view of marriage. Many religious and non-religious people — both heterosexual and otherwise — publicly advocate the conjugal view.

What about infertile or older couples? Are their relationships disqualified from marriage, in the conjugal view?

No, they are not. To exclude infertile couples because they cannot procreate would treat marriage as a means to an end, with marriage being the means and children being the end. This may sound like we are contradicting the argument in this article, but we are not. The conjugal view holds that procreation is the unifying good of a marriage relationship — it does not hold that marriage is only a human good insofar as couples successfully procreate. That is, marriage is union in which the partners coordinate towards the good of procreation; this does not mean that partners are not legitimately married if they do not succeed in the desired end. We’ve written an entire article to address this question. Check out the Objection from Infertility.

Isn’t the distinction between these two views of marriage informed by religious tradition?

It has sometimes been suggested that the conjugal understanding of marriage is based only on religious beliefs. This is false. Although the world’s major religious traditions have historically understood marriage as a union of man and woman that is by nature apt for procreation and childrearing, this suggests merely that no one religion invented marriage. Instead, the demands of our common human nature have shaped (however imperfectly) all of our religious traditions to recognize this natural institution. As such, marriage is the type of social practice whose basic contours can be discerned by our common human reason, whatever our religious background.2

Nearly every religious tradition opposes the taking of innocent life as a matter of religious doctrine, but few people suggest that our aversion to murder is religious dogma alone. That religious traditions assert positions on important moral and legal matters does not and should not render those positions politically indefensible. Girgis, Anderson, and George explain further, “There is simple and decisive evidence that the conjugal view is not particular to religion, or to any religious tradition.”3 Non-Christian philosophers such as Socrates, Plato, Aristotle, Plutarch, and others understood marriage in the conjugal sense described here.4

The Argument from Crucial Distinction explains how this distinction is rooted in natural law reasoning, a system of moral discourse that is not rooted in religious doctrine or faith tradition (for more information on the moral reasoning of natural law theory, check out the articles Natural Law vs. Legal Positivism and Objection from Legislating Morality [Coming Soon]).

Why are these two positions mutually exclusive?

The truth is, most people have feet in both camps. Many people believe that the unifying good of marriage is mutual adult fulfillment, but also believe that marriage ought to be exclusive and permanent. If this is how you view marriage, we invite you to read the Argument from Crucial Distinction. In this article, we explain why the norms of monogamy, fidelity, and permanence are naturally implied by the conjugal view of marriage, but are not implied by the revisionist view. The revisionist view offers no good reason to expect permanence from married couples. In short, while it may seem to some that they have successfully adopted the best of both views, the resulting view of marriage is internally inconsistent and does not offer a just reason to promote vital marriage norms as a matter of state policy.

Finally, the most important question is how society as a whole is affected by changing marriage policy. In our article, Argument from Marital Norms, we discuss how public policy affects the way many individuals live out crucial marital norms. This far more important question is whether the state can enshrine the revisionist view into law and still claim the benefits of having enshrined the conjugal view. The answer to that is clearly “no.”

Some might ask, “Ok, so I can see how these views would influence how I view marriage, but why does it matter in terms of public policy?” The best answers to these sorts of questions can be found in the rest of the articles on this site, including the Argument from Crucial Distinction and the Argument from Public Interest. More articles will be published soon, which will illustrate all the ways in which this distinction not only matters — it makes all the difference in the world.

From the conjugal view, a good marriage can — and probably should — be personally fulfilling. There is nothing about the conjugal view that shuns or even downplays some of the most enjoyable aspects of a marriage relationship. We can value personal fulfillment in marriage, and even value it highly — the conjugal view simply states that it is not the highest good or the defining feature of the institution. Personal fulfillment can and most often does flow from marital relationships, but it is not the overriding good of marriage.

Think of it this way: if personal fulfillment were the unifying good of a marriage relationship, as soon as the relationship becomes less enjoyable (and other, more enjoyable prospects arise), there is no basis on which one can say that the couple ought to stay together. Thus, the norms of permanence and fidelity become less important. But if the unifying good of the marriage is procreation, the oughtness of permanence and fidelity makes much more sense.

Isn’t love an important part of marriage, from the conjugal view?

Yes, very much so. We think that married couples ought to love each other — in fact, love is just as much a marital norm as permanence, fidelity, monogamy, and sexual activity. The main reason we did not include love as a marriage norm the article and the video is to draw the contrast between the two views of marriage more starkly and clearly. Our societal understanding of marital love has changed, however. We’re not talking about infatuation, intense sexual attraction, or really most things under the umbrella of “romance.” We’re talking about the kind of love turns a home from a battleground to a haven of mutual respect, service, and consideration.

However, today, when we talk about the “marital love,” people often assume that we are talking about the romantic, sexually-charged infatuation that we see depicted in most Hollywood films. There are strong arguments that this kind of “love” is heavily influenced by hormones and other factors that are sometimes outside of our conscious control. From this view of marital love, when we say, “Married couples ought to love each other,” we are in fact implying that married couples who do not have these feelings as strongly as they wish ought to separate. That is, we end up implying that the longevity of marriage depends entirely on factors outside of our control — norms of permanence and fidelity become the slaves of passion. This kind of love is a great benefit to married partners, but it should not and cannot be the defining feature of marriage.

Now, of course, a marriage relationship that has neither form of love can be a dangerous place to raise children. A home without mutual respect, consideration, and service becomes a battleground of familial conflict. If one or both parties are unwilling to change and learn to love each other, this might very well be grounds for divorce, perhaps for the protection of children involved. But saying that couples “ought” to love each other, in this sense, implies less that they ought to divorce if that love doesn’t presently exist, and implies more that they ought to change (with divorce being a tragic last resort if a partner stubbornly refuses).