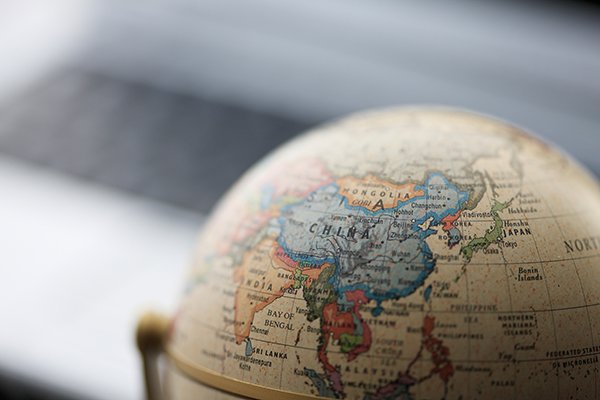 Objection: Often, supporters of traditional marriage are told that they are on the "wrong side of history," and will be viewed with as much disdain by future generations as we view those who once opposed civil rights. Polls show that the majority of people in the U.S. and in many European nations are already in favor of same sex marriage, which demonstrates that opposing same-sex marriage is a losing cause, while supporting same-sex marriage is a winning cause.

Response: On its face, this is a naked appeal to popularity. Also, traditional marriage is still viewed as the norm in the vast majority of the world where community values and traditions are paramount. Further, political victories are often temporary: the U.S. pro-choice movement carried the day even 15 years ago, but today, majority opinion has shifted against abortion — despite the fact that they were only recently on the "wrong side of history." When used in a rational debate or discussion, the Objection from Bandwagon serves only two purposes: (1) to intimidate and silence dissent, (2) to mobilize others by making support for traditional marriage unpopular.

Many believe that supporters of traditional marriage are on the “wrong side of history,” and that those who oppose same-sex marriage today will be viewed by future generations as backwards and quaint. From this perspective, because same-sex marriage is growing in popularity, the belief is that history has vindicated the movement, and will continue to vindicate the movement.

There are many versions of the Objection from Bandwagon, which include (but are not limited to) implications that supporters of traditional marriage have already lost the debate, should just get with the times, are on the wrong side of history, are in the minority, or some other appeal to majority opinion.

On the face of it, the Objection from Bandwagon is naked appeal to popularity, and is a version of the false adage “might makes right.” Further, there is good reason to believe that the opinions of the masses do not always reflect what is true, right, or best for society. The Objection from Bandwagon is an attempt to shame those who disagree into silence, rather than rationally persuade them to change their mind.

In most cases, the Objection from Bandwagon is an appeal to the authority of the majority, or to the authority of a growing minority, extrapolating that the minority will soon become the majority. In either case, the Objection from Bandwagon treats the predicted opinions of future generations as the measuring stick by which we should judge the actions of the present generation. What we assume future people will think is treated as the guide for how we should think in the here and now.

Do we really know why opinions have changed?

Those who use the Objection from Bandwagon assume that same-sex marriage has become popular because the arguments in favor of it are so strong. To us, however, it seems unlikely that the shifting opinions on this issue are due to increased moral clarity, but rather to the strategic political influence of lobbyists and special interests groups. The opinions of the masses do not always reflect what is true, right, or best for society, nor can they be used to measure the strength of the arguments on either side of the case.

Lest we delude ourselves, have change in public opinion have not been the result of decades of academically well-ventilated ideas. No, as perhaps the foremost interlocutor in favor of same-sex marriage, Professor Koppelman has stated:

The case for same-sex marriage has been politically triumphant, and its victory looks inevitable. It nonetheless is curiously incomplete. It has succeeded, not because the most sophisticated opposing arguments have been considered and rejected, but because those arguments have not even been understood.1

We have barely passed the first decade of serious conversation on the issue — the first of many to come. To the extent that same-sex marriage advocates have won, it has not been in the realm of ideas — it’s been in the realm of popular perception. This means that current victories for the same-sex marriage movement are both fragile and reversible.

Are we ignoring equally relevant counter-trends?

In addition, in 2013 at least, the vast majority of the nations of the world do not recognize same-sex marriage. In many of these countries, there is no corresponding movement to formalize or celebrate same-sex unions as the equivalent of marriage. While it’s likely that many of these countries will experiment in legalizing same-sex marriage in the near and distant future, it’s not at all clear that the legalization of same-sex marriage will sweep the globe in such a profound way that history will forever condemn those that oppose it. If history can be anthropomorphized so that it can comment on current affairs, does it get its opinion only from U.S. and Western European sources?

Jumping off the Abortion Bandwagon

The Objection from Bandwagon often relies on a comparison between the same-sex marriage debate and the civil rights debate, which certainly makes support for traditional marriage look like a losing cause. However, we can just as easily compare the present conversation with the debate over elective abortion.

The abortion debate was brought to a premature end by the U.S. Supreme Court, which struck down state abortion laws. Indeed, the pro-life cause was faring worse in the 1970s than the traditional marriage cause seems to some be faring today — pro-choice advocates heavily outnumbered pro-life advocates even more than same-sex marriage supporters outnumber traditional marriage supporters in the public sphere currently.2 Many expected the matter to remain settled. If someone at the time had extrapolated from then-current trends, they might have concluded that those who considered themselves “pro-life” were on the “wrong side of history.”

But the matter is far from settled. Public support for restricting elective abortions has grown tremendously, and the debate is as lively as ever. Opinion polls today show astounding gains in those who identify as “pro-life,” who now outnumber those who identify as “pro-choice,” more so than at any other time in history. Many states are passing laws that allow abortions only in the earliest stages of pregnancy, and the Supreme Court has even relaxed its standards, allowing both federal and state governments to pass these laws. By these measures, the dwindling minority who opposed abortion 30-40 years ago were actually on the right side of history.

In conclusion, measuring current opinions against what we think future generations will believe is not a good way to craft public policy. And even if it were, we do not know — and cannot know — what future generations will think. There is nothing inevitable about the victory of same-sex marriage supporters, and there is nothing irreversible about victories that have already happened. As Ryan Anderson has observed, “[H]istory isn’t a blind force. We aren’t passive observers. History will be shaped by the actions of people like you and me.”3

Finally, while we argue that adopting same-sex marriage will further weaken marriage norms, we think it may be a full generation or two before we can observe the full societal impact of abandoning the conjugal view of marriage. And by that time, the present debate may be so distant in memory that people then may not even connect the dots. Concerned citizens raised the alarm bells when no-fault divorce was implemented in the middle of the 20th century, and were dismissed as fear mongers. All of their worst predictions came true (fatherlessness, out-of-wedlock childbirth, etc.), but few people today connect the change in public policy with its cascading consequences.

And so societal consensus may never fully vindicate our view, even if history itself does vindicate our views. We may continue to be told that we were wrong, even if we prove to be right. The Objection from Bandwagon may marginalize those who support traditional marriage — but only if they let it; regardless, it does not in any way refute their arguments..