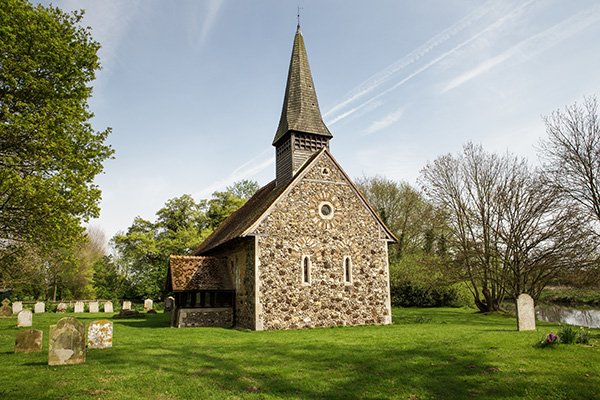 Objection: Many are wary of traditional marriage laws because of their libertarian worldview. Marriage laws are viewed by some as a form of central planning (in the social realm). After all, the argument goes, civil marriage and marriage licenses have been an instrument of the state to advance transparently unjust policies. The solution, from this perspective, is to get government out of the marriage business altogether — marriage should be given back to the churches as a purely religious ritual with no civil implications.

Response: Marriage — whether it is officiated by a priest or a judge, has always had civil implications, whether or not a civil magistrate requires prior permission. Marriage simply puts the government on notice that the married partners are now a family unit, and that they lay claim to the natural duties and privileges that accompany procreative relationships. Determining the contexts in which procreative partners can seek recourse in a court of law — civil marriage — doesn't bring the government into marriage any more than determining when governments can enforce and defend property rights is "bringing the government into property."

Shouldn’t we just get the government out of the marriage business in the first place? Some libertarians view efforts to encode definitions of marriage into law as a form of central planning (in the social realm), and therefore not within the proper role of government on any level. After all, the argument goes, civil marriage and marriage licenses have been an instrument of the state to advance transparently unjust policies (such as bans on interracial marriage), and exist almost solely for those purposes.

From this perspective, we should just get the government out of marriage altogether and return marriage to the churches to implement as they please. If we were to do this, the argument goes, there would be no need to have this debate in the first place.

Those who make this objection often assume that prior to the implementation of marriage licenses, marriage was an entirely religious rite without any civil implications. The idea is that state authority “usurped” what was once an entirely religious ritual, and converted into a civil institution. This assumption is only partly true — it’s true that requiring a “government permission slip” (issued by a magistrate or judge) prior to marriage is a modern phenomenon that has been used to oppressive ends. However, this doesn’t mean that prior to marriage licensure, married partners incurred no legally enforceable moral duties to each other, or that marriage was no different than any other private religious ritual (such as baptism or the sacrament).

To unpack this, however, we need to make a conceptual detour. While we are painting with broad brush strokes that do not capture the nuances of every libertarian point of view, to most libertarians, the moral right to property is something that governments do not create, but which they recognize and respect (or at least ought to). That is, the right to property that philosophically precedes civil government. Put another way, the right to property can be derived using state of nature thought experiments, or is integrated in some way into the non-aggression principle. That is, trespassing on someone’s property is not just a moral wrong, but the sort of wrong for which any government that does exists ought to provide recourse.

We argue that the same sort of moral reasoning and “state of nature” thought experiments can also be used to explore the kinds of duties and rights that arise in the context of a procreative relationship. Consider a state-of-nature exercise: Does a father have any inherent obligations to his children and their mother, irrespective of any prior to any contract or agreement he’s made? Does a mother have a legitimate claim upon the father of her children, irrespective of and prior to any contractual agreement or civil legislation? Do parents have a natural right to raise their children together according to their own discretion (absent severe abuse or neglect), regardless of whether civil governments respect that right?

If the answer to each of these questions is yes, then procreative intercourse gives rise to obligations (as well as rights and privileges) that spouses have with regards to each other and their children. Civil marriage is simply the process by which courts minimally acknowledge, respect, and on rare occasions enforce or defend these obligations and rights, just like it acknowledges, respects, and defends property rights (by providing recourse in a court of law when they are violated). Courts typically acknowledge marital rights and duties by promoting permanence, treating marriage and family as an autonomous legal unit, and enforcing the ongoing duties of material care and support (such as alimony, child-support, etc.) when the relationship otherwise breaks down.

When a woman approaches a judge with a claim that her husband has violated his marital duties (for example, that he has neglected to materially care for and support the family), how does the court establish that the claim is legitimate, that is, that the children are really his? Prior to DNA testing, the only way to do this was to bring forth witnesses that the couple had publicly declared their intent to procreatively unite. In this way, weddings ceremonies have historically served an important civil function, and have had more than a purely religious significance: they provided a venue in which marriage partners could publicly announce their procreative union in front of witnesses. The wedding served this function regardless of whether it was officiated by a priest or a judge, or whether state laws required a prior marriage license.

Stella Morabito explains, “When a couple enters into a civil marriage, they are not inviting the government into their relationship, but rather putting the government on notice that they are a family unit,” and that the government must therefore honor the obligations and privileges that procreation entails.1 In this way, marriage is not an exercise of state power, but is rather an acknowledgement by the state of obligations and privileges that precede and transcend its authority.

In conclusion, ending the practice of requiring government permission slips prior to marriage will not automatically end the debate about what marriage is and what it is for, and we can oppose marriage licensure without opposing civil marriage as a distinct legal concept. Even if we believe that the rights and obligations of procreative partners philosophically precede the government, we still need to determine in what contexts procreative partners can seek recourse in a court of law. Defining marriage as being between a man and a woman isn’t “bringing the government into marriage” any more than determining the proper contexts in which government can defend and enforce property rights is “bringing the government into property”. So long as public policy reflects the natural law view of marriage and property, the government is grossly interfering with neither. It interferes only to the extent to which it gets either wrong.

Why should libertarians support the conjugal view of marriage?

Marriage and family insulate the individual from the government, providing spaces of autonomy that state forces are trying to shrink. The duties and privileges of family and marriage are a natural endowment of the conjugal union, and precede and transcend state authority. Redefining marriage to include non-conjugal unions assumes instead that marital duties and privileges are grants of the state, and this will jeopardize the strength of the family unit in its contest with the state. Read more at the Argument from Limited Government

Are you proposing the government force couples to stay together?

No. The real question here is this: If permanence and fidelity are natural duties that marriage partners owe each other, by virtue of their procreative relationship, to what extent can the state justly enforce those duties? There is certainly room for debate here. Most libertarians believe that the state can jail those who trespass against other people’s property, and that individuals can resist a trespasser even to the point of injuring him or her. Clearly, this isn’t true of marital duties, and even the most ardent defenders of traditional marriage have no desire to enforce these duties with a heavy hand.

Rather, most supporters of traditional marriage simply propose that in cases of divorce, the person who is found to be at fault in the breakdown of the relationship be required to shoulder the costs of separation. For example, if one marriage partners commits infidelity, or abuses the other, that partner might be required to pay compensatory damages in the event of divorce (and may have diminished involvement in the lives of their children moving forward). That is, incentives can be placed to ensure that marriage partners do not wish to be at fault if the marriage does deteriorate. Such incentives promote the norm of permanence, rather than enforce it. In addition, courts may be more reluctant to grant divorce if there is reason to believe that the married partners can overcome their differences, asking couples to wait a few months or seek counseling first. None of these proposals require couples to spend their lives together with someone they despise.

No. Strong arguments can be made that bans inter-racial marriage had little merit and were informed by social prejudices; further, allowing inter-racial couples to marry did not change the fundamental nature of the institution of marriage. Marriage was still and inherently procreative institution, and the rights and duties of marriage arise in the context of procreative intercourse regardless of the races of the partners. Those same duties and rights, however, do not arise when a man and a man, or a woman and a woman, stimulate each other sexually. Extending marriage to same-sex couples changes the nature of the institution, and makes it into a political artifact rather than a state-recognized set of natural obligations and privileges.